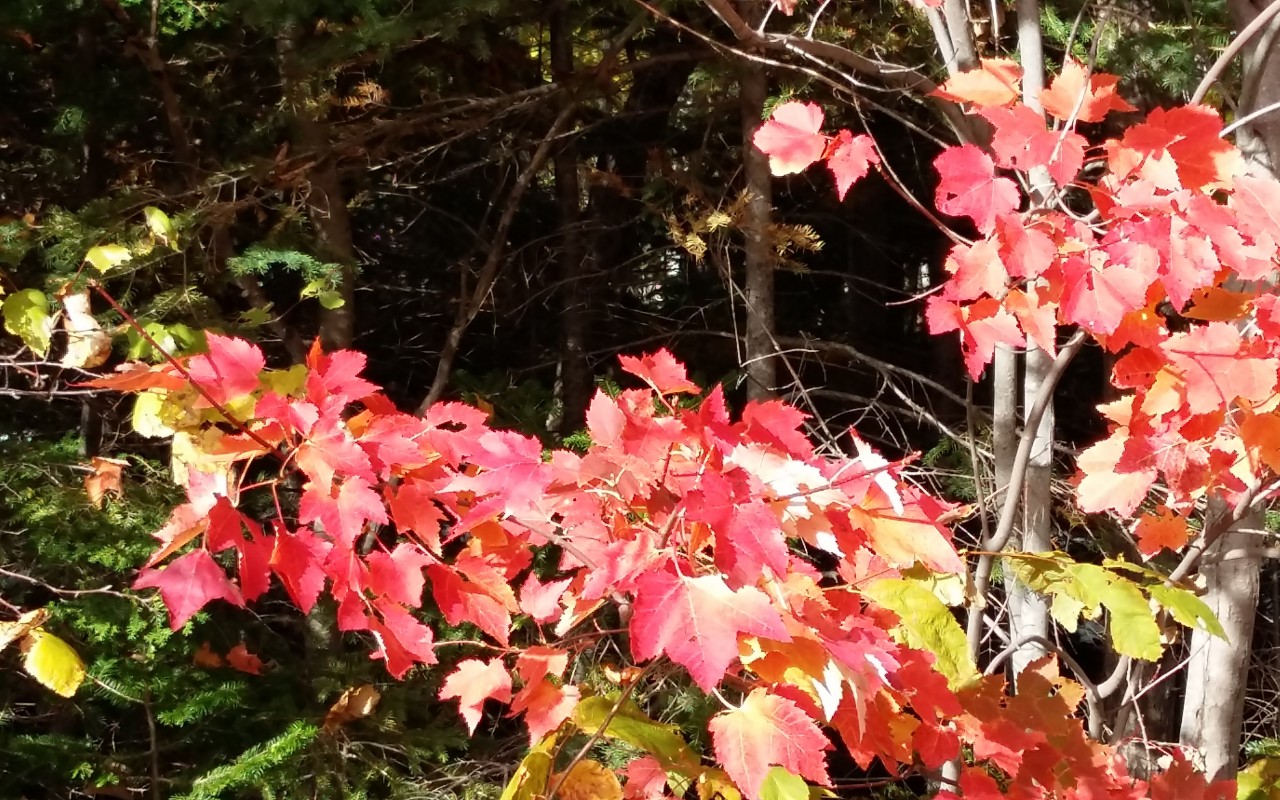 It was bad enough watching Canada’s Immigration Minister Chris Alexander on CBC’s Power and Politics lying to Rosemary Barton, telling her that the media are to blame for the country’s pathetic response to the refugee crisis.

And it certainly wasn’t any easier listening to Alexander stonewall As It Happens’ Carol Off when she asked, repeatedly, how many of the 200 government-sponsored refugees from Syria had actually made it to Canada by June 2014. That was before he hung up on her, claiming later he’d been late for Question Period.

It was equally galling reading Alexander’s nasty attack on the Ontario government after it reinstated health care to all asylum seekers after the Harper Government stripped it away. And his dangerous, preposterous comment that this would make Canada “a magnet for bogus asylum seekers” raised questions about just how low Harper’s government could and would stoop.

But nothing — absolutely nothing — could possibly be as distressing as that soul-searing, heart-wrenching photo of three-year-old Aylan Kurdi dead on a Turkish beach and the awful fact that Aylan and his family might have been granted asylum in Canada long before they got on that boat. Earlier this year, the NDP Member of Parliament for Port Moody – Coquitlam, Fin Donnelly, hand-delivered to Chris Alexander a letter in support of the privately sponsored refugee application for some of the Kurdi family to join their relatives in British Columbia. Citizenship and Immigration Canada now says no application for Aylan’s immediate family was ever received.

Regardless, it’s too late. Aylan Kurdi, his mother and his brother are now dead, like another 6,000 refugees and migrants who have perished or disappeared en route to Europe since January 2014.

There is much blame to go around in this horrendous refugee crisis. But the blame for how poorly Canada has responded lands squarely on the shoulders of the Harper Government with its rhetoric about “bogus refugees”. Conservative MPs have bombarded their constituents (willing and otherwise) with flyers containing nasty propaganda, and (mis)leading questions such as, “Should bogus refugees who come to Canada through countries that offer refugee protection be allowed to receive more generous health care benefits than what is offered to Canadians?” Such a bogus question may not be quite as overt as the infamous Nazi chant, “Ausländer Raus!” (Foreigners out!), but the deliberate attempt to concoct xenophobia isn’t.

This is not the first time that Canada has responded atrociously in the face of a refugee crisis. In 1939, the government turned back a boatload of 907 Jews seeking refuge from Nazi Germany, 254 of whom would later die in concentration camps.

But in recent decades, at least Before Harper, Canadian governments have had a reasonably good record of providing refuge for people fleeing conflicts or hardship — as of course it should, given that except for the First Nations population, all Canadians are immigrants.

In late 1956, the people of Hungary courageously took to the streets and toppled its government and its policies imposed by the Soviet Union. After the government collapsed, the Soviets invaded and crushed the revolt. Some 2,500 Hungarians were killed and 200,000 fled to neighbouring Austria.

Compared with the numbers from today’s refugee crisis, the worst since the end of World War II, with millions of people fleeing conflict in Syria, Iraq and a dozen other conflict-ridden nations, the numbers of Hungarians needing asylum back then seem almost insignificant.

And yet, all those years ago and even without access to the horrific photos of human suffering and death, it was public pressure that led the Liberal government of Canada under William Lyon Mackenzie King to act. I t launched a special program, providing free transport (200 charter flights) to bring 37,000 Hungarians to Canada in early 1957.

Canadians opened their doors and their hearts to the refugees. Among them were my parents. For many months, Liaos Lantos and his mother became members of the family in our tiny two-bedroom bungalow. Eventually, Mr. Lantos obtained his dental technician diploma and found work, a new home and life in Newfoundland. Until his premature death a few years ago, he always stayed in touch with my parents.

Just like untold numbers of Canadians, my parents didn’t see such acts of kindness as anything but normal. But they were able to help only because the government of the day went to immense efforts to get the Hungarians to Canada, where so much kindness awaited them.

And then came Harper’s Neo-Con Canada

Nearly 60 years later, the only immense efforts being made by the government of the day, the self-titled Harper Government, seem to be to keep the public in the dark about the ugly truth of their actions, behaviour and policies. This includes the perversely named Bill C-31, “protecting Canada’s immigration system act” and the ludicrously labelled “Balanced Refugee Reform Act”. Despite notions to the contrary that Canada is still a leader when it comes to taking in asylum seekers, this is no longer true. The United Nations has shown that Canada now has far fewer refugees per capita than 32 other countries, including many very, very poor ones in Africa.

The Conservative government has reportedly told the United Nations High Commission for Refugees, which has pleaded with Canada to take in more refugees, that it wishes to resettle only those from Syria’s religious minorities, Harper-speak for non-Muslims. Yet UNHCR policy states that to ensure resettlement is “a protection tool and durable solution for refugees most in need, it is important to ensure resettlement programmes are needs–based, non–discriminatory “. The italics emphasis in mine.

In his inglorious appearance on Power and Politics to discuss the current refugee crisis, Chris Alexander claimed that through government and private sponsorships, in the past three years Canada has taken in 22,000 Iraqi refugees and approximately 2,500 Syrians. At the same time, Germany and Scandinavian countries have taken in tens of thousands, and Germany has promised to take in 800,000 more.

So far, a quarter of million Syrians have perished in the conflict, and more than 4 million have fled their country since 2011 to escape the carnage of the multi-sided conflict. Millions of them have sought refuge in neighbouring Jordan, Turkey and Lebanon.

And out on the campaign trail (if that’s what one calls private events in secret places with hand-picked partisan participants) Stephen Harper has said that if re-elected, over the next four years his government would bring in another 10,000 people from across the Middle East — a truly feeble commitment compared with the 37,000 Hungarians back in 1957, or the 60,000 Vietnamese allowed in between 1979 and 1981.

Beating the war drums, but where is the beating heart?

Even more worrisome is that hollow war drum that Harper keeps on beating, all the while saying that the refugee problem will not be solved by providing people with safe havens from the horror of war, but through more military action to crush ISIS.

Someone needs to check to see if Harper has a heart beating under that stuffed shirt he wears. If it turns out that he does, then it would be worthwhile reminding him that in the face of a horrendous humanitarian crisis like this one, the first step is not to try to bomb it away and pretend to the millions of refugees that they should just stay put in the crossfire until the war ends, that they are collateral damage that is inevitable.

Rather, all efforts should be concentrated on the humanitarian tragedy to reduce the suffering, offering the victims of conflict and human rights abuses the help they need to get out of the line of fire, which is coming at them from all sides and directions. That includes the skies, when “friendly” Canadian bombs intended for ISIS kill instead innocent civilians.

“Someone needs to check to see if Harper has a heart beating under that stuffed shirt he wears.”

The people of Canada, like Germans and Icelanders and countless ordinary citizens around the world, are anxious and willing to help, to sponsor, and to open up their hearts and their homes to the refugees.

Alas, the Conservatives who have governed this country for nearly a decade do not appear to share their compassion.

Joan Baxter is a Canadian journalist, development researcher, anthropologist, and award-winning author. She writes about healthy environments, food and farms, forests, climate change, extractive industries, corporate capture of democracy, and about genuine progress that does not harm the planet's people, climate and biodiversity. View all posts by Joan