Previously: Billionaires at play in the fields of the poor (part 2) Beny Steinmetz

This, the third in a series of six articles on foreign investment in Sierra Leone profiles another one of  five billionaires,  Frank Timis and his investment in the country’s extractive sector.

Another Ultra High Net Worth Individual — or Ultra HNWI in the curious shorthand of the wealth management industry — working in Sierra Leone’s extractive sector is Frank Timis, originally from Romania and now based in London, UK. In 2011, Timis made his debut on the Forbes List of billionaires.[i] He is said to be the richest Romanian, with a personal fortune in 2012 estimated at over 1.7 billion Euros or about US $ 2.2 billion.[ii] He’s also the owner of two Bombardier Challenger jets.

Wet ore – or soil containing ore – is loaded into train cars and untold tonnes of it taken directly to port for export to China. Photo credit: Joan Baxter

Timis is a controversial figure, with two convictions for possession of heroin in Australia.[iii] In 2007, the Toronto Stock Exchange declared him an ”unsuitable” person to act as director or major shareholder of any companies listed on the TSX.[iv] In 2009 while he headed the UK-listed Regal Petroleum, the UK authorities fined the company close to US $1 million for issuing misleading statements about its oil reserves.[v] Today he is Chairman of the Timis Corporation, “a portfolio of businesses in the mining, oil and gas, life sciences and agricultural industries”.[vi] It is registered in Bermuda, which appears on the Forbes list of the world’s “top ten tax havens”.

The business structures in which Timis has been involved over the years have done a fair amount of shape-shifting. In 2005, he bought a 30 percent stake in the Sierra Leone Diamond Company (SLDC), which had been active in the country under various names since 1996, during the dark fog of war. Timis then became Executive Chairman of the company, of which he owned 12.44 percent through the Timis Diamond Corp,[vii] and he later changed the name to African Minerals. The Government of Sierra Leone granted the company massive mineral exploration concessions, and according to the company’s website in 2009 these covered 41,236 square kilometres, more than half of the country. That led to the discovery of massive iron ore deposits, and then a legal tussle with London Mining when Timis’ company allegedly sold exploration rights it didn’t have. According to the Sierra Leone Network Movement for Justice and Development (NMJD), Timis tried to settle this matter in his own favour by inviting the Sierra Leonean mines minister on a junket to Romania.[viii]

In 2010, African Minerals sold its diamond operations in Sierra Leone to Obtala Resources, keeping a 10 percent stake, and Timis also sold his mining interest in Marampa, another rich deposit of iron ore in Sierra Leone, to Cape Lambert, a company he partially owns. In 2011, African Minerals inked an agreement for US$ 1.5 billion with China’s Shandong Iron and Steel Group for the exploitation of iron ore near Bumbuna in Tonkolili District, in return for a 25 percent share in the company. At the African Minerals iron ore mine in Tonkolili , the wet ore is being removed, scooped into conveyor belts, loaded into train cars, carted directly to port and carried in barges to ships parked offshore, then shipped to China for processing two oceans away.[ix]

In his business dealings, Timis seems drawn to fragile, post-conflict states in West Africa. Another of his companies, African Petroleum, has offshore oil exploration leases in Sierra Leone and neighbouring Liberia.[x]  Timis’ website carries claims about the corporate social responsibility and largesse of his companies, many of which have been refuted by the research of NMJD.[xi] The company benefits from numerous tax exemptions. [xii] It also lavishes money on Sierra Leonean media that generally sing Timis’ praises.[xiii]

Frank Timis is not plagued by false modesty; his website contains lofty tributes from other people he has charmed over the years. Minkailu Mansaray, now Sierra Leone’s Minister of Mines and Mineral Resources, is quoted as saying, “The most heartening aspect of Mr Timis’ involvement in our country is the widespread and vigorous social responsibility programmes he has installed at African Minerals.”

“Heartening” seems an odd word to describe Timis’ record of social responsibility in Sierra Leone.  In April 2012, workers at African Minerals staged a peaceful protest over poor pay and working conditions and the Sierra Leonean police reacted by opening fire, killing one woman and injuring 11 other people.[xiv] An official inquiry by the Human Rights Commission of Sierra Leone found that the police “subjected the people of Bumbuna to inhuman, cruel and degrading treatment through severe beatings, kicking, molesting” and criticized the cozy but unclear relationship between the Sierra Leone police and the company. [xv]

Cozy and unclear relationships and business dealings seem to have worked well for Frank Timis in Sierra Leone.

Next: Billionaires at play in the fields of the poor, part 4: Jean Claude Gandur

Any part of this article may be disseminated without permission, provided that it is attributed to Joan Baxter as author and a link to this website is given.

This work is licensed under a Creative Commons Attribution-NonCommercial 3.0 Unported License.

[viii] Network Movement for Justice and Development (NMJD), ‘Dancing with the chameleon: mining communities in Sierra Leone and the many faces of Frank Timis,’ NMJD Focus on Mining Companies Series No. 2, June 2010. p 13, http://www.nmjd.org/home/documents/97-focus-on-mining-companies-series-2-dancing-with-the-chameleon-mining-communities-in-sierra-leone-and-the-many-faces-of-frank-timis [accessed 24 March 2013] 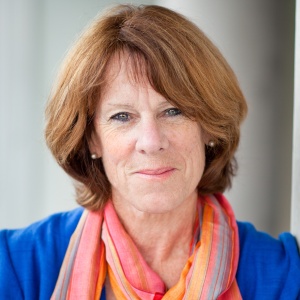